This recipe for romesco with seared vegetables is the perfect fresh and healthy meal using nutritious and organic ingredients. Follow the step by step recipe inspired by the Botanica restaurant in LA. Follow our culinary journey as we travel around the world searching for the best recipes, culture and lifestyle!

To make the romesco: Roast the bell peppers until blistered and fully soft. Transfer to a large bowl and let them cool for a few minutes. Remove and discard the seeds and stems, collect the thick juices that run off the peppers. Peel the skin and set aside.

In a food processor, combine the roasted peppers and their skin, the jalapeño, garlic, olive oil, vinegar, lemon zest and juice, smoked paprika, almonds, cilantro, and a splash of the liquid from the peppers. Blend until fully incorporated, but not fully uniform; some texture is ideal here. Add more sherry vinegar, salt, olive oil, and cilantro to taste.

For the vegetables: Lightly crush each potato with the side of a knife. Heat a splash of olive oil in a pan over medium heat and sauté the potatoes on one side until just starting to crisp, then flip and crisp up the other side.
Remove from oil and season well with salt, pepper, and a sprinkle of smoked paprika.

While the potatoes are crisping, prepare the remaining vegetables: Cut the vegetables into bite size pieces (except the leeks) and toss with olive oil, salt and pepper, then grill or sear until al dente, with nice char in spots. In a large pan, cook the leeks, cut-side down, until they get a touch of caramelized char, then flip and cook for a few minutes on the other side, until soft through. Cut in two-inch lengths, season, and set aside.

Mound the romesco in the center of a large plate and arrange the potatoes, leeks and vegetables in a ring around the purée. Garnish with a good drizzle of olive oil, a squeeze of lemon juice, lemon zest, a sprinkle of salt, and the cilantro flowers and serve immediately. 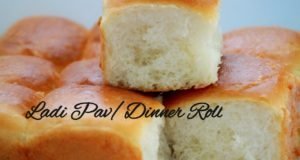 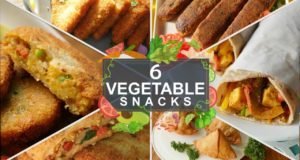 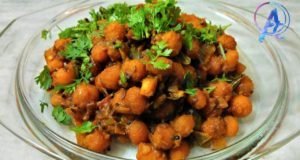