Come join us as we eat Brazil’s national dish Feijoada, Feijão, Farofa and doce de leite for dessert at a restaurant specializing in this Brazilian dish. Feijoada à Brasileira is something you can find in just about any restaurant in Brazil and it is highly recommended as a cheap but satisfying meal.

So today’s lunch video is going to be all about black beans. We are at a place that specializes in Feijoada. And that is kind of like a black bean stew. So everything we’re going to be trying here from the appetizers to the mains is going to have black beans in some component. And this is something that you really find a lot in Brazilian cuisine so looking forward to sampling that.

So for the appetizer here we have a Feijoada soup. So basically a black bean soup that you drink out of a cup.

So the food is here and we have a nice selection. Just have a look. Lots of different pots and things happening. So I’m just going to serve myself. Wow, that is a lot of food. Yeah, so we’re going to start with a base of white rice that I just spilled all over the table. But white rice is one of those things that is never missing at the table when you’re in a Brazilian home. And on top of that I’m going to put my Feijão which is the black beans. Black beans on its own. Oh, that looks good. And in the next one here you have the Feijoada which is the black beans and the meat. So this is like a bean and meat stew. It has different cuts and it is a mix of pork and beef. So I’ll grab some sausage. Let’s start with that. That looks good. Oh, there is more over here. So I’m going to grab some manioc. I think that is the English name for it. Some greens. And then over here we have – what is this one? Oh, okay so the powder is farofa which is kind of like a manioc flower. So you want to be careful with this because it is really easy to choke on it. You know what I think that is the one I tried on its own and I didn’t enjoy it that much. But I think it is going to be pretty good with beans. It is very dry. Um, yeah and this apparently is fried pork skin. I think that is what I understood, so. It looks like a puffed cracker. It does. I’ve never tried fried pork skin.

Like the ingredients themselves are very simple. I mean rice and beans are super easy to make and super cheap. So yeah, and I kind of like it with the ferofa on top because it gives it kind of like a nutty flavor and it adds a bit of texture to it. So yeah, pleasantly surprised. It has been a while since I ate this so I’m enjoying it. Familiar flavor.

We should also mention that we kind of tried to play it safe with the meat in our Feijoada because on the menu we saw they had like pig ears and pig feet and intestines and just different cuts. We could have gone all out but we played it safe today.

Okay, so now I’m trying something that is called manioc. And it kind of looks like a golden potato but the texture is more like a root.

Is it kind of like yucca? Similar to yucca. Yeah. It is like really starchy. Is that good?

Okay so this right here is Brazil’s national dish. So what can you tell us Sam?

Yes but it did originate from Portugal. And what is really cool is you can find variations of this dish in former Portuguese colonies such as Macau and Goa, India. Yes. Mozambique. So travel around and try out the variations. Yeah, it feijoada around the world.

Dessert is here. Well, Sam is going to love this. So this one is Doce de leite and I’m probably butchering the name but that is Portuguese for dulce de leche.

So what did you think of your first feijoada? Yeah, I actually really liked it. It is simple food. Simple ingredients but it is quite tasty. And it is filling too. I did like it. I would eat it again. I think it is also worth mentioning this is a dish that you can find everywhere from like budget eateries to like top notch restaurants. So if you want to try it you don’t necessarily have to pay a lot for it. You can find this anywhere in Brazil.

This is part of our Travel in Brazil video series showcasing Brazilian food, Brazilian culture and Brazilian cuisine.

Music in this video courtesy of Audio Network
Video Rating: / 5 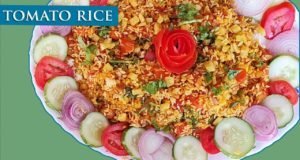 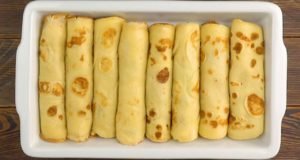 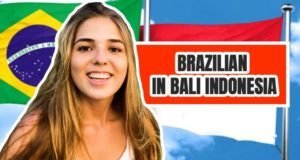